Prototypes to tell the right story at the right fidelity 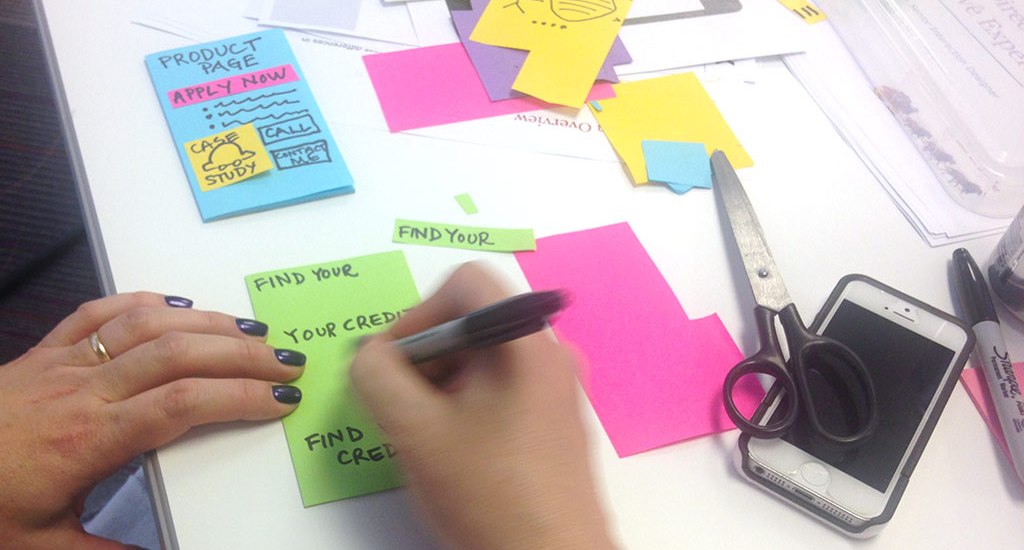 In his book “Serious Play: How the world’s best companies simulate to innovate” Michael Schrage wrote “The truly insightful model is a truly inciteful model.” More than just a clever play on words, it brings up the real role of prototyping. Prototypes should create questions, not just answer them. A well aimed prototype should foster conversation and stir controversy. It should  cause people to question conventional wisdom, not just test if a button should be on the left or right aligned.

Depending in the conversations you’re trying to create prototypes and simulations can come in a variety of formats and fidelities. Here I’ll try to describe a few of my favorites. 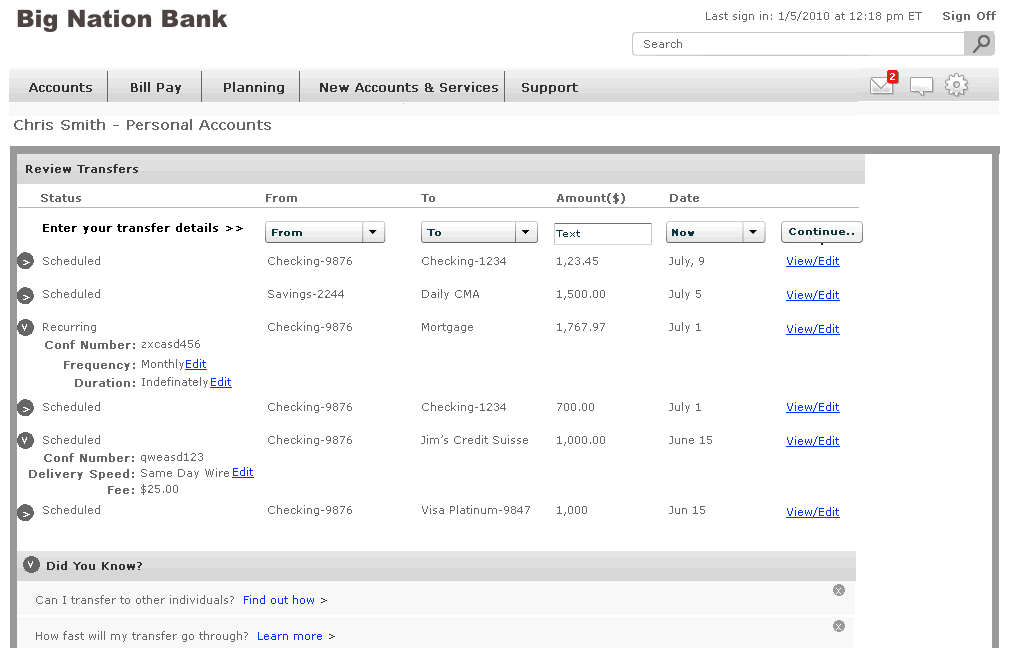 Everyone has probably encountered one of these… They’re made in HTML, Axure, iRise, or whatever. They’re great for usability testing, but sometimes they’re overkill… It’s not always necessary to bring out the technical skills when you’re just experimenting. There are many faster, cheaper options that work well in the right situations… 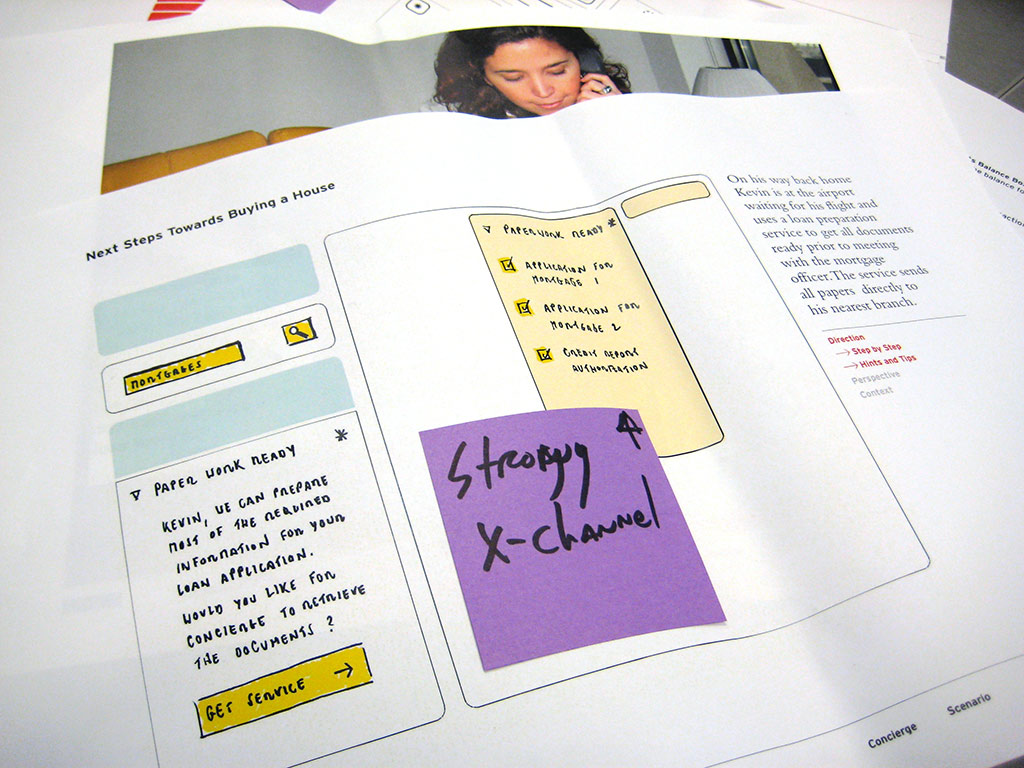 Sometimes I’ll tell a story with a combination of low fidelity sketches, photos posed as needed to flesh out the scenario, and maybe notes or annotations as needed to get the point across. These can be created, printed and distributed to allow people not present for all the concept and ideation sessions to come along for the ride. 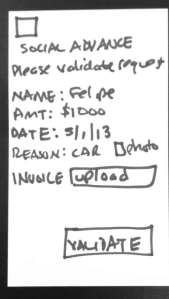 The noble 3×5 card, or the rectangle Postit Note,  can stand in for a cel phone, or a web browser if turned on its side.

These are nice because they’re handheld, and you don’t need to draw a border, or an iPhone frame, you can just treat them like the device and draw what you want the screen to look like.

Then, using software like POP, iRise Mobile  or my new favorite one, AppSeed you can snap a photo and assemble a clickable mock up right on your phone. 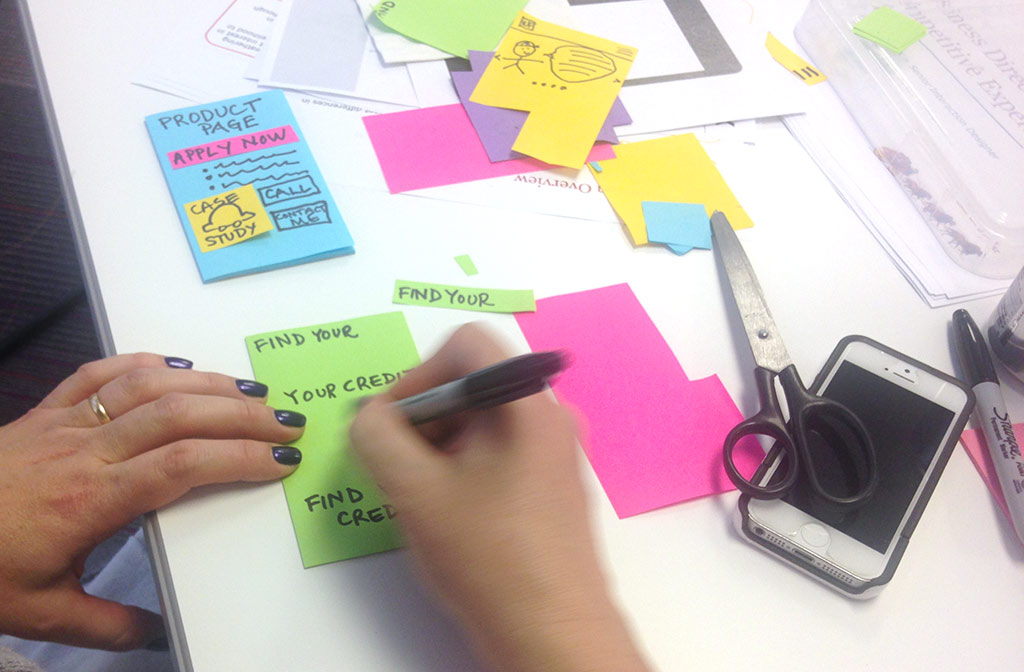 Speaking of PostIt notes, these are the bread and butter of rapid innovation design sessions; fast, noncommittal, and ultimately flexible – from words to stick figures to interface parts, if you can dream it, you can do it with a PostIt Note!

You can draw notes, block out page areas, and as mentioned before, use them for the whole prototyping process, or just part of it. 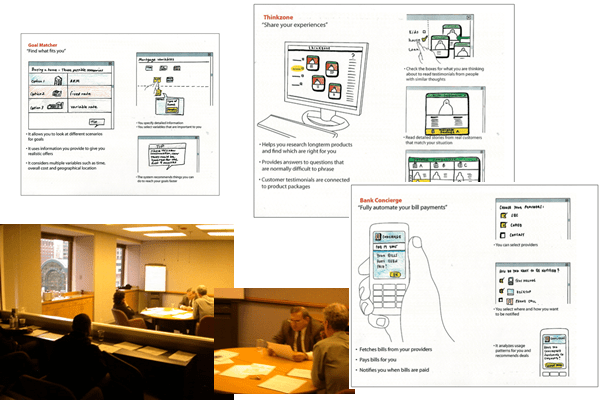 You can take rough concepts and make them clear enough to get the idea across, and with some props (hands, phones, computer monitors) drawn at a similar fidelity, tell a story to get awesome feedback.

I use this for a customer facing protocol I call “Polar Design Pairing” where two designs for the same requirements differ wildly on some dimensions to tease out what people relate to – or are repelled by – how much is too much – are some persona types more enticed by one treatment or direction than another? 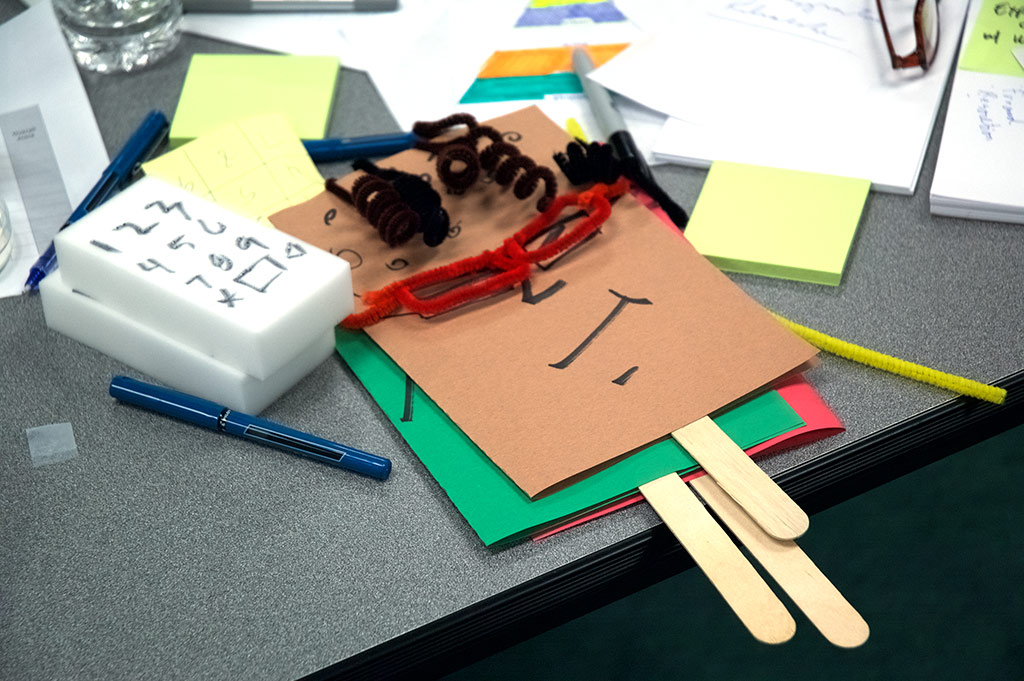 Don’t forget to have fun! If needed, physical props come to the rescue. Sometimes a presentation needs the support of some acting and whimsy. Don’t hold back!

Keeping an ecosystem of prototypes allows a team or organization to track where it’s thinking has evolved from. Your internal culture will dictate to some degree how often you can introduce divergent thinking through your prototyping, but don’t let your prototypes become mere encapsulations of what is, let them bloom into statements of what could be. To again paraphrase Michael Schrage’s book “Serious Play”: as Dorothy Leonard-Barton of Harvard Business School once said: “Prototypes can be wellsprings of knowledge”, but they can also betray the whirlpools of organizational ignorance. 🙂 enjoy!